Shocking story of Cuban Community infecting themselves with HIV

It’s hard to imagine why anyone would voluntarily infect themselves with one of the deadliest viruses in human existence, but for “Los Frikis” – a Cuban punk community living under the regime of Fidel Castro during the 80s and 90s – injecting themselves with HIV-infected syringes was the easiest way to escape persecution and police harassment.

Los Frikis, the name than became synonymous with punks, metalheads and pretty much anyone who didn’t fit in with mainstream Cuban society, came together during the late 1980’s.

Their music, dressing style and culture were influenced by that of similar communities in the United States and other European countries, something that didn’t sit well with Fidel Castro’s communist regime.

Most of the bands also sang in English, which only made things worse for Frikis in general. Although the language was purely an aesthetic choice, speaking English in those days was considered a huge no-no.

Breaking social norms was a risky affair in 1980s Cuba, and the Frikis paid a high price for it. Many of them were rejected by their families, harassed, arrested and forced to do manual labor for their “crimes”.

Los Frikis would meet in safehouses located in run-down areas, but other than that they didn’t have many places where they felt accepted.

Tired of the constant persecution, many of them  took up a form of protest that can only be described as extreme – infecting themselves with HIV by injecting the blood of their sick friends into their veins.

At about the same time that the Frikis community struggled to find its place in Cuban society, AIDS was wreaking havoc around the world, and the Cuban Government was taking precautions to prevent an epidemic on the island.

Its approach involved providing the population with free condoms, aggressively testing the sexually active population for HIV and sending the infected to quarantined sanitariums. Living the rest of your life in a walled medical facility was scary for most people, but for los Frikis it was a welcomed escape from persecution.

State-run HIV sanatoriums were opened all over Cuba during the late 80s and 90s, and while the rest of the nation suffered from massive food shortages, these facilities offered plenty of free food and good medical care. Frikis simply saw them as a better alternative to living on the streets and putting up with harassment from police or imprisonment.

And as word of the HIV infection trend spread within the community, they realized that the more of them would do it, the more would be sent to these sanatoriums, so they could live together in peace, free. 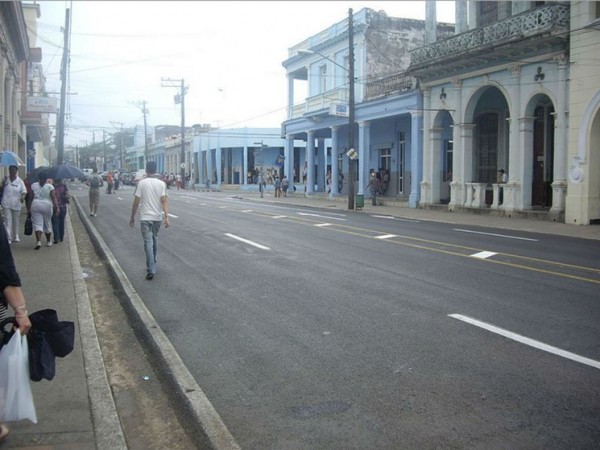 “You could hear rock ‘n’ roll and heavy metal coming from every house,” Yoandra Cardoso, a longtime Friki, remembers. “When the sanatorium first opened, it was 100 percent Frikis… we were all here together.”

It’s not exactly clear how many Frikis injected themselves with HIV, but their number is estimated to be in the hundreds. In a time when there were no effective AIDS drugs available, this act was considered a voluntary death sentence, but for them it was a needed escape.

“We gave ourselves AIDS to liberate ourselves from society and those laws about obligatory work, and live in our own world,” Luis Enrique Delgado told Newsweek, in 1994.

In 1989 things got better for the Frikis living in Cuba’s HIV sanatoriums, after the Government handed control over them to the Ministry of Public Health. Under the leadership of progressive doctors, they were allowed to sing whatever music they liked, dress as they wanted and socialize with Frikis both inside and outside the sanatoriums. The communist government didn’t bother them anymore.

“At the sanatorium, you would eat three times a day, with a menu that included meat and ice cream. Some rooms had air conditioning,” says Luis Trelles, the producer of a documentary on the Frikis phenomenon.

Today, all but one of Cuba’s HIV sanatoriums have closed, with the last, in Santiago de Las Vegas, now operating as an outpatient facility. Patients there are still treated using domestically produced antiretroviral drugs distributed through through the country’s socialized healthcare program.

But, According to a Newsweek article from 2015, surviving Frikis still live in closed sanatoriums, as squatters.

Previous Free SHS: No decision has been taken to use Heritage Fund – Kwaku Kwarteng
Next Huawei committed to partnering businesses for value-driven growth

After age 21, there really aren’t a lot of birthdays to look forward to. (Unless, …

Naked pictures of socialite Ibrah One have been leaked by an unidentified slay queen, according …