We are men of integrity – Alhaji Sibdow touts

There have been lots of talk about the role social media plays and its importance especially in the conduct of elections.

A latest report by Odekro reveals that out of the 275 legislators in Ghana, only 131 are present on social media sites Facebook and Twitter.

This represents a figure of 47.6% of the total number of MPs in Parliament.

The survey by Odekro established that of the 131 MPs there are more legislators from the governing New Patriotic Party who have an overwhelming majority in parliament to the opposition National Democratic Congress who lost the 2016 election in a humiliating defeat. 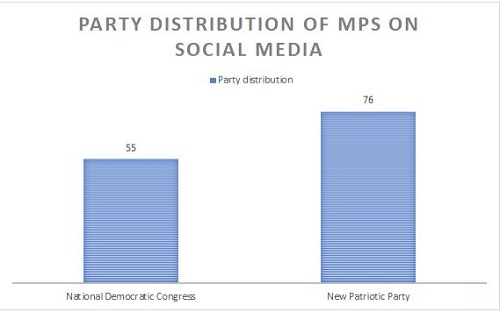 The aim of the report was to “inform Ghanaians about the social media presence of their MPs; examine the kind of content MPs share on their social media platforms; identify the most active MPs on social media” 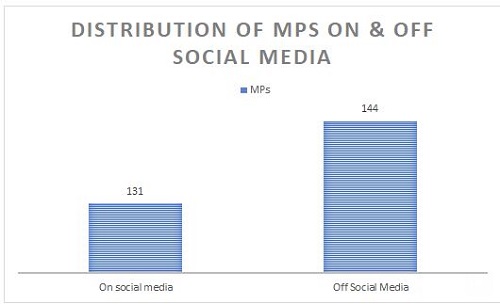 It also emerged that “generally, the tone of social media contents by both parties on average are largely partisan (35%) followed by information on constituency-related issues (31%), national issues (20%) and parliament related issues (14%)” 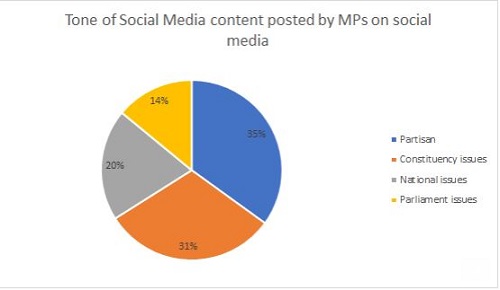 The research was conducted between January 19– February 16, 2018

Savannanews24.com/Hamza Lansah Lolly: The Deputy Chief of Staff at the Office of the President, Hajj …