Immediately, after the 2020 general elections, posters of the Vice President to lead the NPP into the 2024  elections pops-up. The posters with inscriptions breaking the 8 jinx were circulated across all social media.

Again, a movement to break the ‘8’ was formed by loyalists of the Dr.Alhaji Mahamadu Bawumia.

In a statement issued on Wednesday, March 24 reacting to posters across the country endorsing him as the NPP’s 2024 Flagbearer, the Vice President’s Office said the posters, and other associated activities, are without the consent of the Vice President.

While reiterating his focus on assisting the President to achieve his vision, Dr. Bawumia also urged the rank and file of the party to also be in line and push towards the same direction with the President.

Below is the full statement:

The Office of the Vice President has taken notice of the proliferation of posters around the country apparently promoting H.E. Dr Mahamudu Bawumia as the candidate of NPP for the 2024 elections.

For the record, the Vice President has not given his consent to these and other associated activities.

The Vice President remains focused on assisting His Excellency the President in the execution of his agenda to transform Ghana. 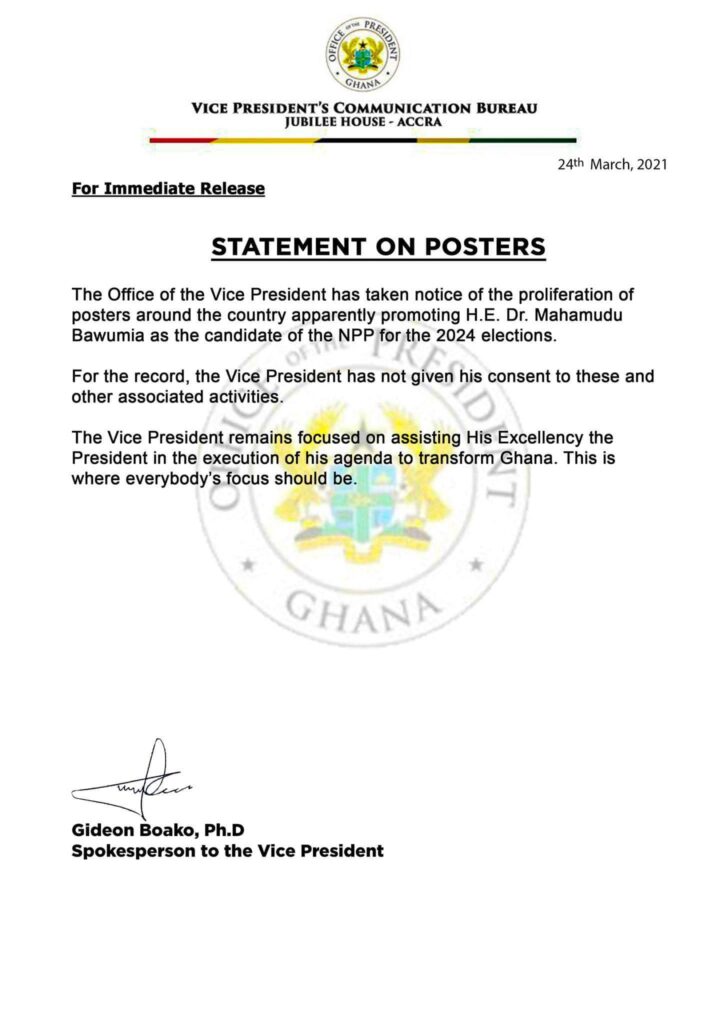