Morocco and Tunisia both won friendlies on Tuesday as they continue their preparations for the 2018 World Cup in Russia in June.

The Moroccans beat visiting Uzbekistan 2-0 while Tunisia overcame Costa Rica 1-0 in the French city of Nice.

Africa’s other three World Cup-bound sides were also in action with Senegal drawing 0-0 with Bosnia and Herzogovina in another match played in France.

Nigeria lost 2-0 to Serbia in London while Greece beat Egypt 1-0 in Switzerland.

Ayoub El Kaabi once again staked a claim for a place in Herve Renard’s final Morocco squad for Russia with the opening goal against Uzbekistan after just four minutes.

It was a first goal at in a full international for the 24-year-old El Kaabi, who impressed at the African Nations Championship as he helped the hosts win the tournament for home-based footballers with nine goals.

France-born defender Manuel da Costa scored the second to seal the win, which follows the Atlas Lions’ 2-1 victory over Serbia in Italy on Friday.

Tunisia’s victory over Costa Rica also made it two wins from two during this Fifa international window, after a 1-0 win over Iran.

The only goal was scored by Wahbi Khazri, on loan to Ligue 1 outfit Rennes from English second-tier strugglers Sunderland, nine minutes before half-time.

Senegal’s goalless draw with Bosnia was a second consecutive stalemate for the Teranga Lions after they were held 1-1 by Uzbekistan four days ago.

Liverpool’s in-form Mohamed Salah sat on the bench as Egypt barely created a chance in their 1-0 loss to Greece.

The reigning African Footballer of the Year Salah has scored 36 goals in 41 appearance for Liverpool this season but Egypt coach Hector Cuper chose not to use the striker.

The only goal of the game came after 29 minutes when Nikos Karelis scored with header.

It was a second loss for Egypt in the window after they lost out to two stoppage-time goals by Portugal’s Cristiano Ronaldo.

These were the final friendly games before teams going to the World Cup have to submit a 30-man preliminary squad to Fifa in mid-May.

The 32 teams will then have until the first week of June to trim their teams to 23 players, which must include three goalkeepers. 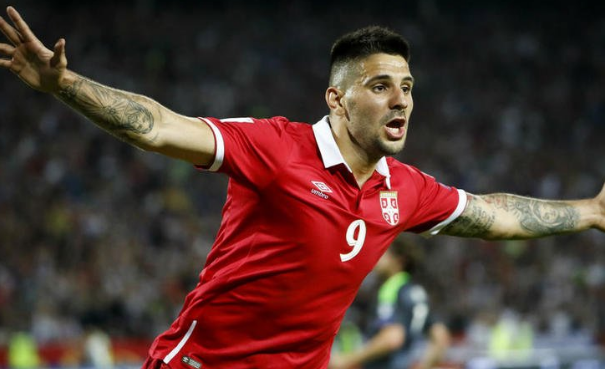