Holy Roller! Hindu Monk Pulls a Van Along With His PENIS in India

Anyone who has been to a festival will have seen some astonishing sights, but perhaps none as eye-opening as this holy man at a Hindu religious festival in India.

The sadhu – a holy man following the Hindu or Jainist tradition – was photographed performing a bizarre feat of strength as he pulled a truck around using only his penis.

He was spotted in Allahabad, in northern India, where hundreds of thousands of Hindus are gathering for the annual Magh Mela festival which began on January 2. 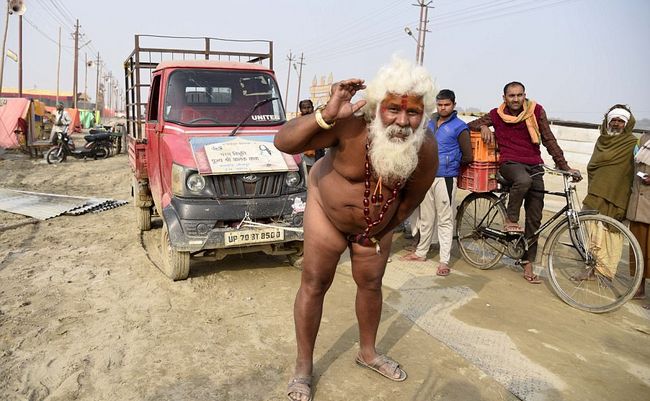 The 45 day event sees worshipers bathe in the waters of Sangam, the confluence of the holy Ganges, Yamuna and Saraswati rivers, on appointed dates.

Sadhus are wandering holy men who have rejected earthly comforts in search of spiritual enlightenment in the hopes of breaking the cycle of reincarnation, a major tenet of Hinduism.

They own no possession and opt for only modest clothes, or in some cases decided to live naked, relying on the kindness of strangers to provide for them wherever they go.

Often sadhus will perform feats of physical or mental strength as a display of their spirituality and mastery of yoga techniques, as the majority of them are also yogis.

Sometimes this involves lifting or carrying objects with the penis, though many other demonstrations take place.

For example Radhey Shyam Prajapati holds the Guinness World Record for the longest time stood motionless, at 8 hours, 5 minutes and 5 seconds, while Rajikumar Chakraborty did a static wall sit for 11 hours and 5 minutes. 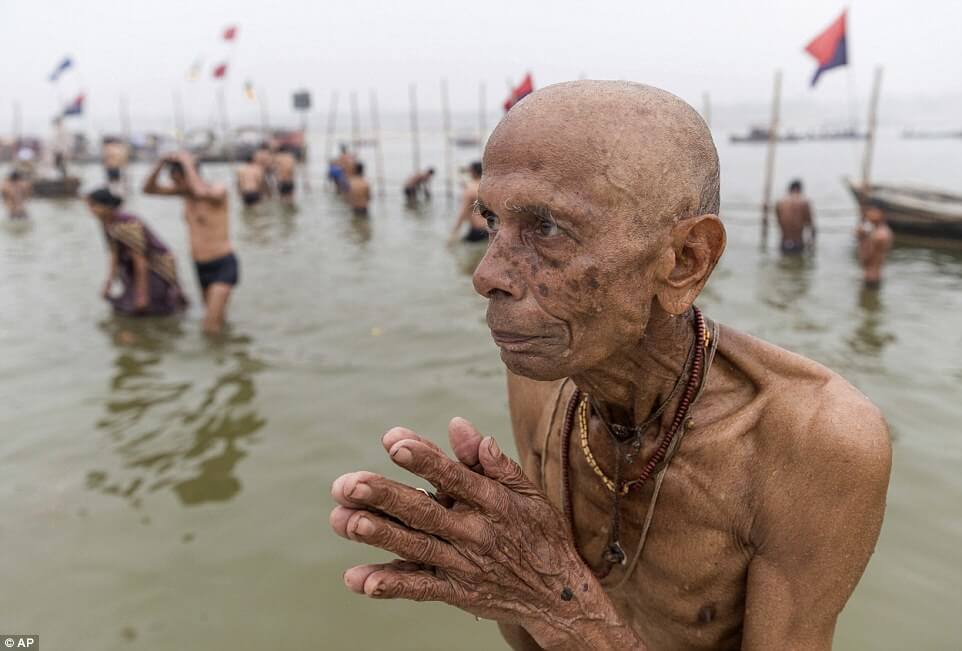 Magh Mela takes place every year in Allahabad when people bathe in the water of the Sangam, the confluence of the holy rivers of Ganges and Yamuna

Previous Dear Ladies, Here is Why He Doesn’t Want to Sleep with You For a Second Time
Next A Look at Cristiano Ronaldo & Georgina Rodriguez’s One-Year Relationship

It’s been debated for years: Are eggs good or bad for you? People who eat …

In the face of fierce competition, businesses owners are smart enough to adopt innovative ways to …