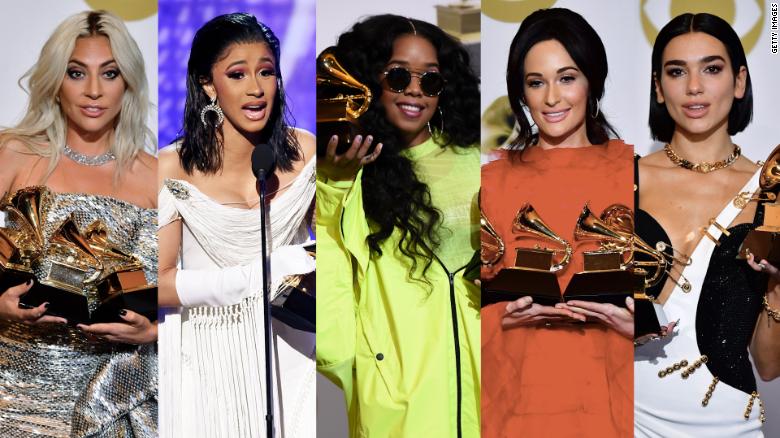 (CNN)Alicia Keys took us to “Club Keys” as host of the Grammys on Sunday night, and viewers seem open to becoming regulars.
Keys, who was the first female host of the show in 14 years, tackled the job with her signature super-chill approach that brought a calming energy, class and cool to music’s biggest night. (The last woman to host was Queen Latifah in 2005)
“I think @aliciakeys was one of my favorite parts of the #GrammyAwards the most perfect, genuine & gracious host,” wrote musician Leona Lewis on Twitter.

Leona Lewis ✔@leonalewis I think @aliciakeys was one of my favorite parts of the #GrammyAwards the most perfect, genuine & gracious host

@RecordingAcad
In one of many stand-out moments, the 15-time Grammy winner used her musical prowess to dazzle the audience with a performance packed with major hits.

Flanked by two pianos, Keys performed everything from Lauryn Hill’s “Doo Wop (That Thing)” to Roberta Flack’s “Killing Me Softly With His Song” to Kings of Leon’s “Use Somebody.”
At one point during her medley, Keys played on both pianos at the same time. 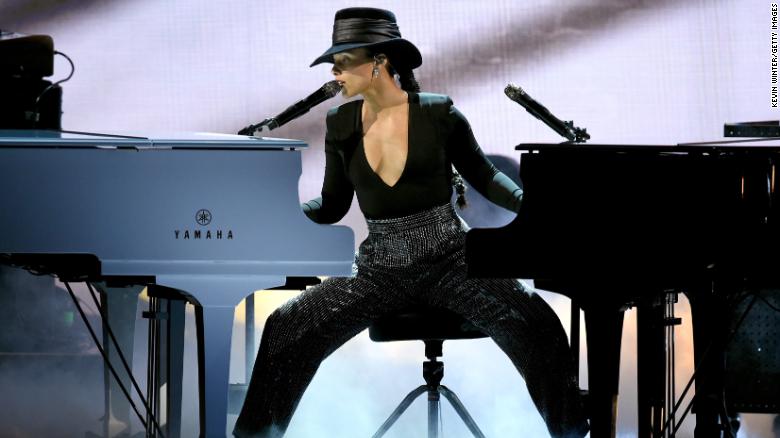 Alicia Keys onstage at the Grammys
“Music is just, you know, those songs that just live inside of you. It lives inside of me. And you just love it so much because it was done so well that you wish you wrote it. That’s how I feel about these songs. I wish I wrote them,” she said.
Keys, who opened the show with some help from Lady Gaga, Jennifer Lopez, Jada Pinkett Smith and Michelle Obama, said the night was about celebrating “the greatness in each other.”
On social media, Keys was celebrated for her greatness by the internet reviewers of social media.

Bobby Flay
✔@bflay I vote for @aliciakeys to host every award show no matter what it is .. she killed it @RecordingAcad #Grammys2019

Meghan McCain ✔@MeghanMcCain Alicia Keys needs to host everything, everywhere from here on out…. we’re all in agreement on this, right? #GrammyAwards2019

In a candid moment, Keys shared a personal story about how John Mayer once split his Grammy with her after losing best song to him 2005. Mayer, with the other half of the Grammy in hand, joined Keys to present this year’s award in the same category. 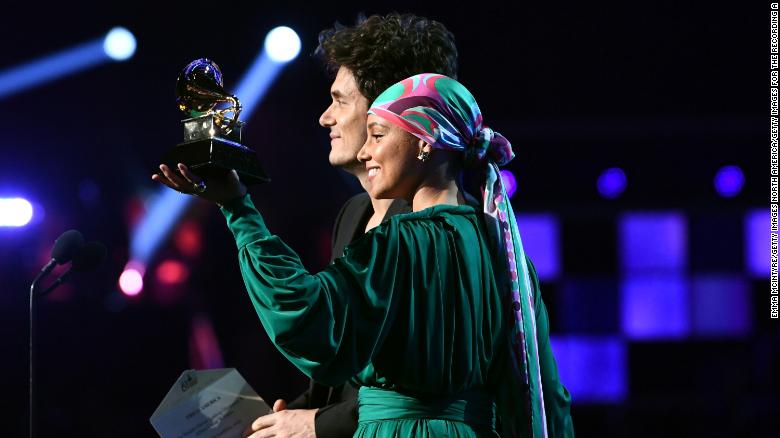 John Mayer and Alicia Keys show the Grammy they split
The night was not without missteps.
Keys accidentally called music executive Clarence Avant a “mongol” instead of “mogul,” which some on Twitter couldn’t let slide.

The Other Guy@Comedian_Ali Did Alisha Keys just call Clarence Avant a mongol? #GRAMMYs

There was also a missed cue and Keys was occasionally slow to hop back into her duties. But the production woes did not seem to faze the seasoned performer.
Share on:
WhatsApp
Share

A popular curvaceous Instagram sensation, Naa Dromor Adjei, has reportedly passed on. According to information …

Media personality, Nana Aba Anamoah, has disclosed that she has resorted to changing her personal …