10 Countries Where Government Beg Their Citizens To Make Love

This might sound ridiculous, but do you know that there are countries where citizens are being begged by the government to have more se’x? Have a look at the se’x-starved nations. There are few things more important than fertility in determining a nation’s future viability. Demographers suggest that a country needs a fertility rate of just over two children per woman to hit “replacement fertility”, the rate at which new births fill the spaces left behind by deaths. But because of certain cultural and economic forces, only about half of the world’s 224 countries currently hit replacement fertility.

For those that dont, they encourage people or should I say their citizens to have se’x. Encouraging people to have se’x can involve strategies that range from highly explicit to downright bizarre. 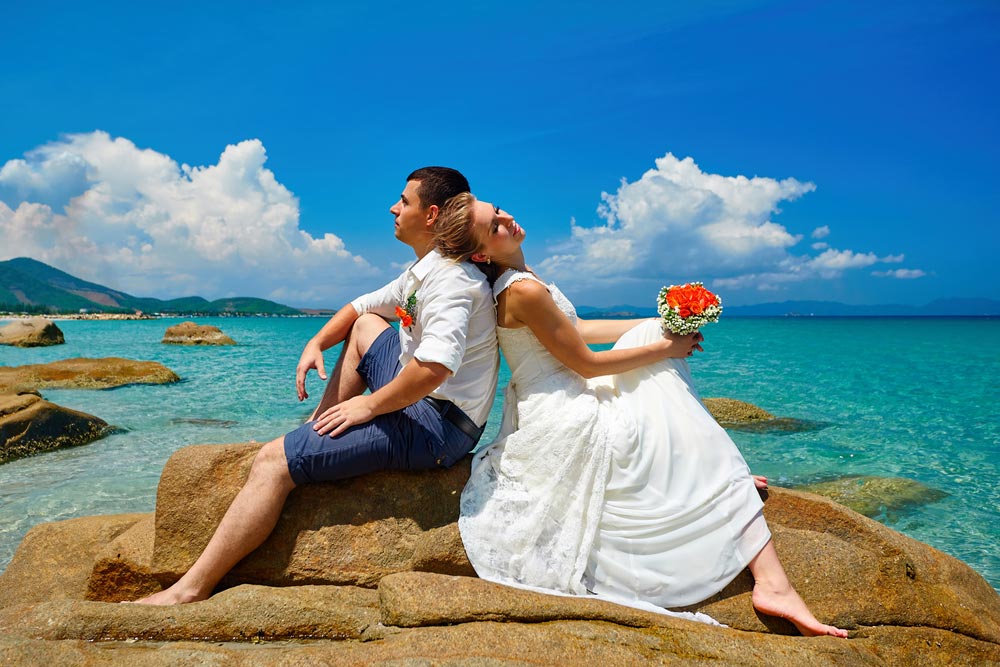 The 1960s in Romania were a perilous time for couples. Population growth flatlined, prompting the government to impose a 20% income tax for childless couples and to implement provisions that made divorce nearly impossible. The idea was: If you weren’t contributing to the communist state by creating future laborers, you had to contribute with dollars instead. The 1980s weren’t much better, however — women faced forced gynecological exams that were performed by “demographic command units” to ensure pregnancies went to term. When Romanian leadership changed in 1989, the brutal policy finally came crashing down. But at 1.31 children per woman, the fertility rate is still well below replacement. 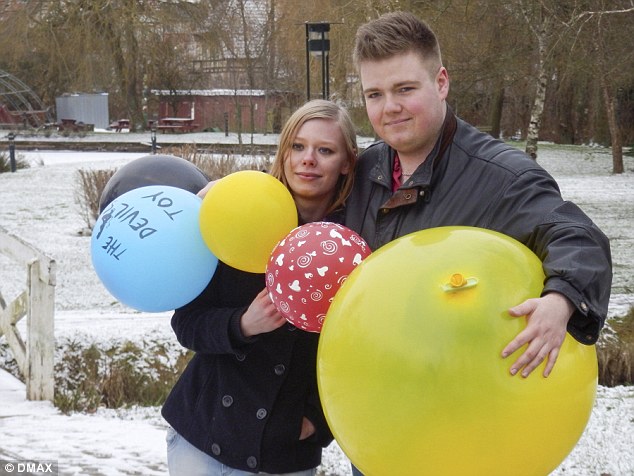 if you aren’t going to have a kid for your own family, Danes are told, atleast do it for Denmark. No, literally, do it for Denmark. The small Nordic country has such a low fertility rate of about 1.73 children per woman that spies, Rejser, a Danish travel company, has come up with ingenious incentives to persuade women to get pregnant. First, it offered to provide three years’ worth of baby supplies to couples who conceived on a vacation booked through the company. Now it has come up with a se’xy campaign video titled “Do it for Mom,” which guilt trips couples into having kids to give their precious mothers a grandchild. 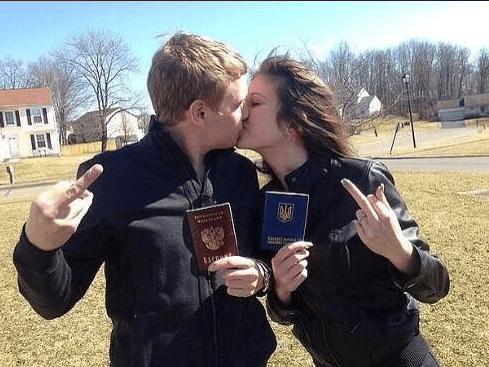 Vladimir Putin once brought Boyz II Men to Moscow to rile men up right before Valentine’s Day. Can anyone blame him? As Tech Insider recently reported, the country is experiencing a perfect demographic storm. Men are dying young. HIV/AIDS and alcoholism are crippling the country. And women aren’t having babies. The problem got so bad that in 2007 Russia declared September 12 the official Day of Conception. On the Day of Conception, people get the day off to focus on having kids. Women who give birth exactly nine months later, on June 12, win a refrigerator. 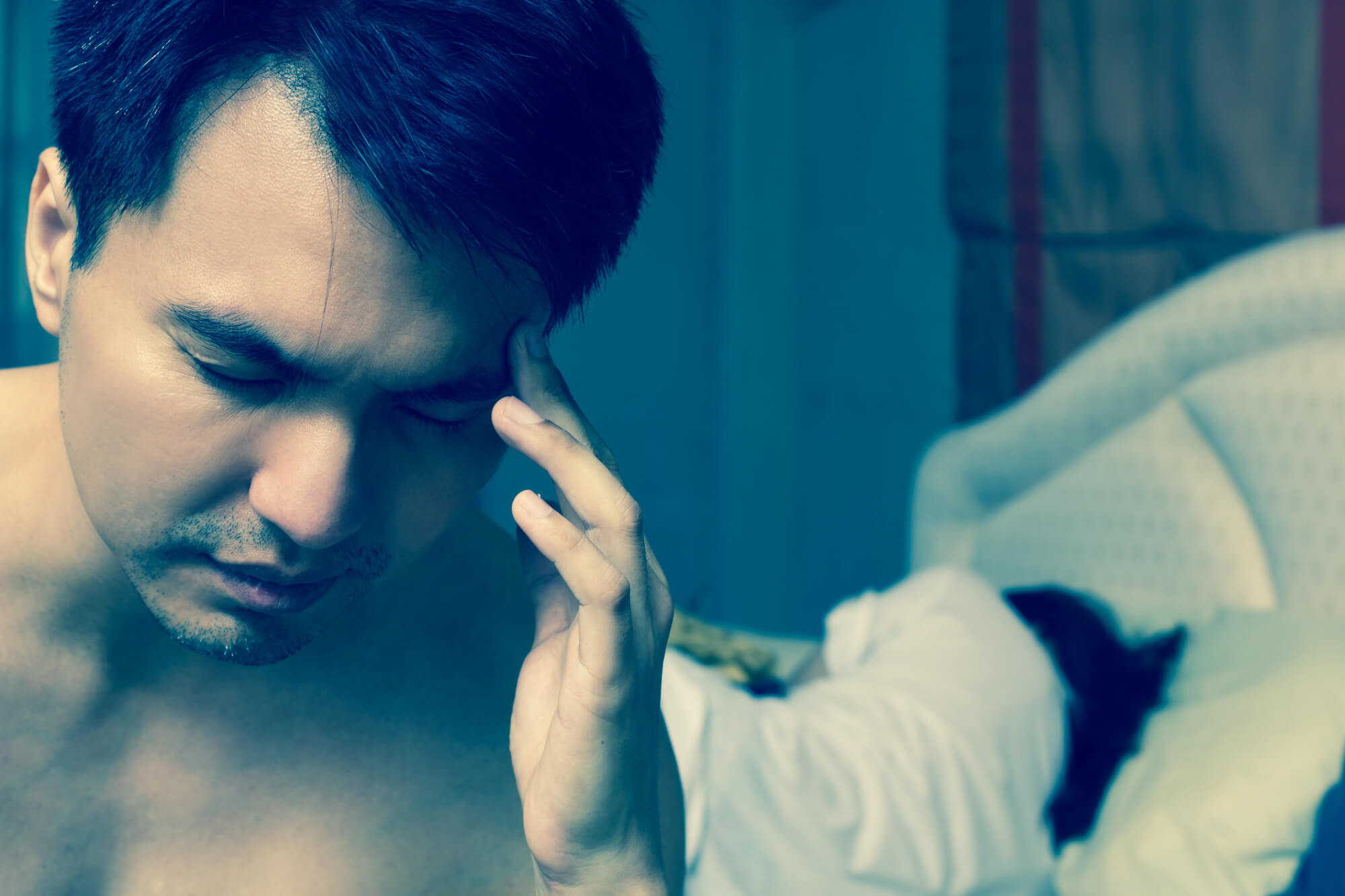 Japan’s fertility rate has been below replacement since 1975. To offset that decades-long trend, in 2010 a group of students from the University of Tsukuba introduced Yotaro, a robot baby that gives couples a preview of parenthood. If men and women begin thinking of themselves as potential fathers and mothers, the students theorized, they’ll feel emotionally ready to take a stab at the real thing. 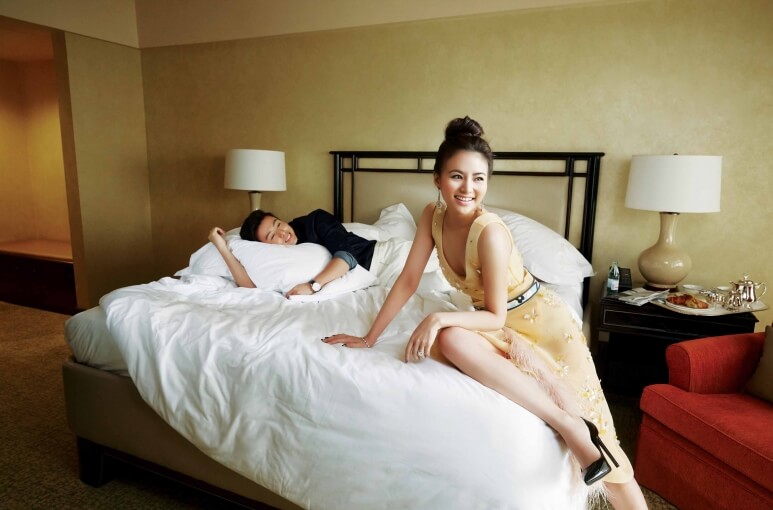 Singapore has the lowest fertility rate in the world, at just 0.81 children per woman. On August 9, 2012, the Singaporean government held National Night, an event sponsored by the breath-mint company Mentos, to encourage couples to “let their patriotism explode.” The country has also placed a limit on the number of small one-bedroom apartments available for rent to encourage people to live together and, presumably, procreate. Each year the government spends roughly $1.6 billion on programs to get people to have more sex. 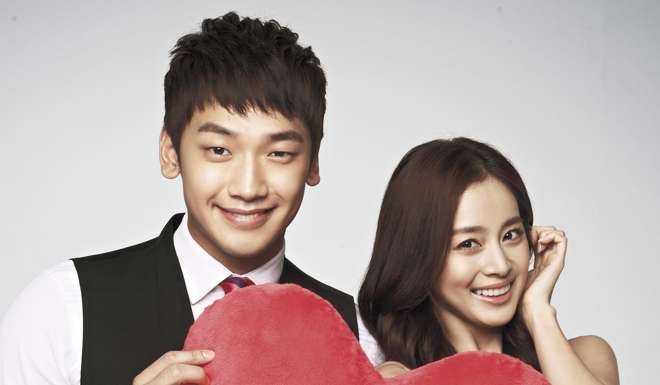 On the third Wednesday of every month, South Korean offices shut their lights off at 7 p.m. It’s known as Family Day. With a fertility rate of just 1.25 children per woman, the country takes any steps it can to promote family life — even offering cash incentives to people who have more than one child. 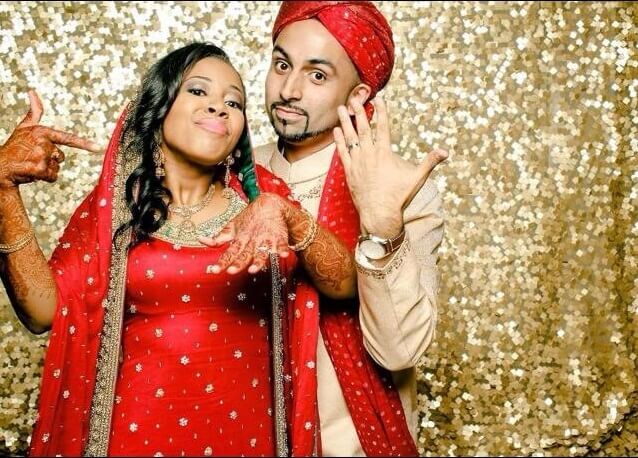 India as a whole has no problem with fertility — the country’s ratio of 2.48 children per woman is well above replacement. But the number of people in India’s Parsis community is dwindling — it shrank from roughly 114,000 people in 1941 to just 61,000 in 2001, according to the 2001 census.
That problem led to a series of provocative ads in 2014, including one that read “Be responsible — don’t use a condom tonight.” Another, geared toward men who lived at home, asked, “Isn’t it time you broke up with your Mum?” The ads seem to be working: By the latest measure, the population has inched back to 69,000. 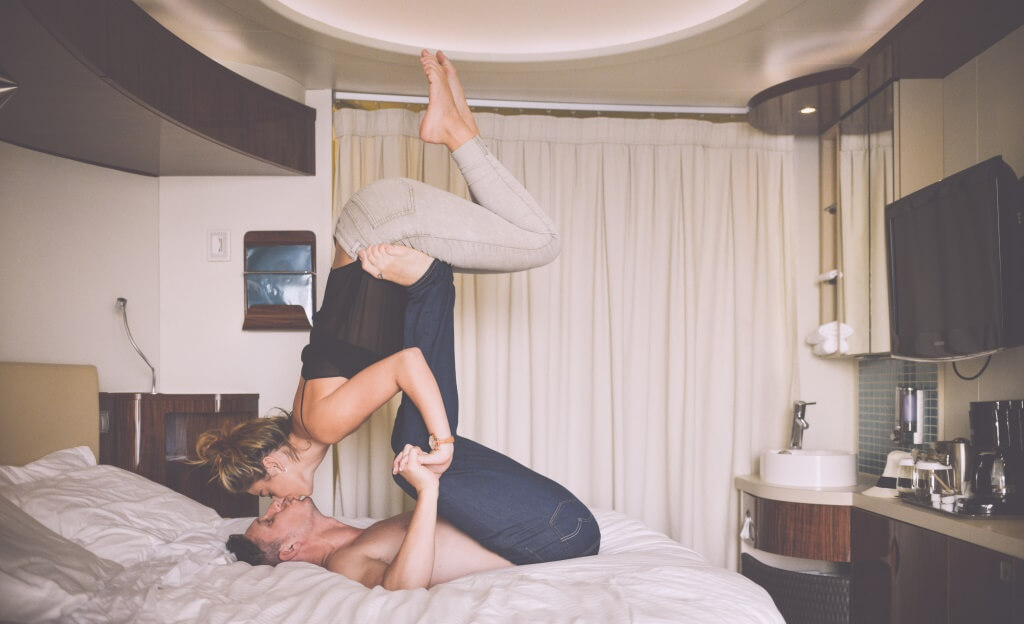 With a fertility rate of 1.43 — well below the European average of 1.58 — Italy has taken a controversial approach to encourage citizens to have more kids. As Bloomberg reports, the country has been running a series of ads reminding Italians that time might be running out and that kids don’t just come from nowhere. “Beauty knows no age, fertility does,” one ad said. “Get going! Don’t wait for the stork,” another said. Couples haven’t responded positively to the guilt trip. Francesco Daveri, a professor of economics at Università Cattolica del Sacro Cuore, has called the ads a failure. 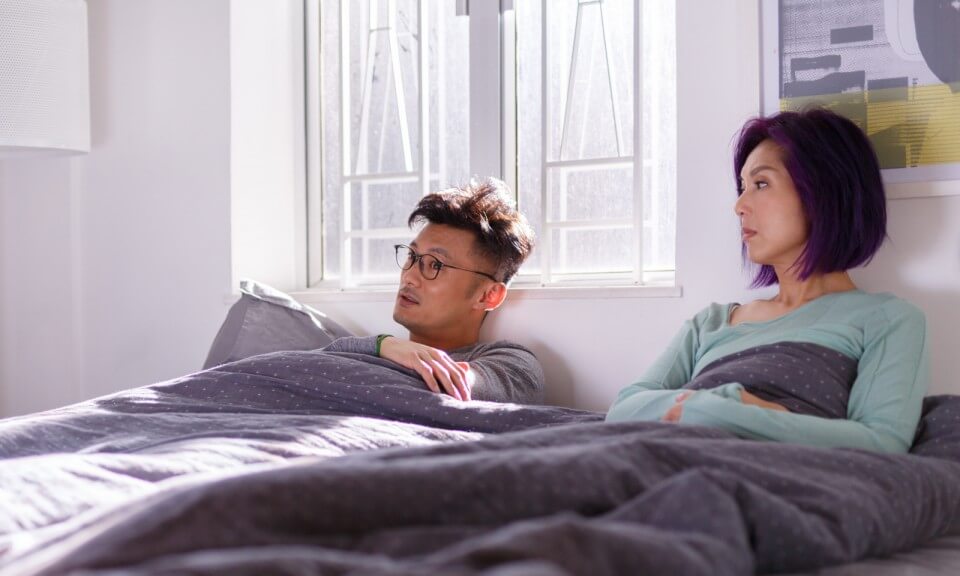 With a fertility rate of just 1.18 children per woman, Hong Kong faces the same challenge as many industrialized countries: Without enough young people to replace aging citizens, populations are dwindling and economic growth is slowing. In 2013, the country proposed giving cash handouts to couples to encourage them to have kids. The idea took its cue from Singapore, where parents receive a “baby bonus” of about $4,400 for their first two children and $5,900 for their third and fourth. But in Hong Kong, the plan never came to life. 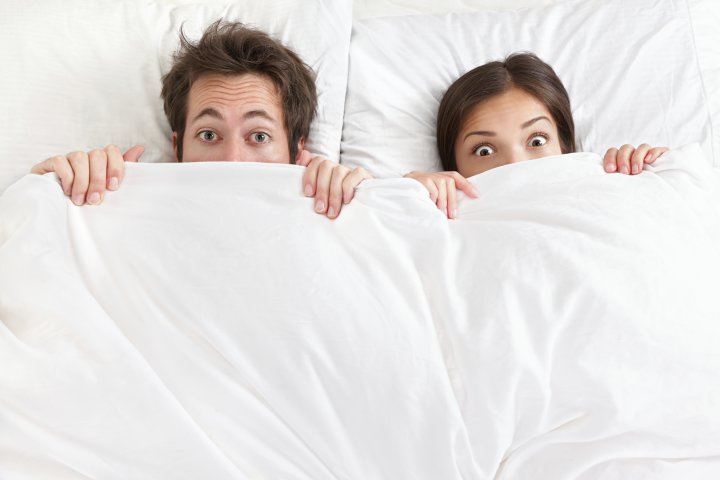 Fertility rates in Spain are creeping downward while unemployment is rising: About half of all young people don’t have a job. It’s the second-highest rate in Europe, behind Greece.
To combat the worrying trends, the Spanish government hired a special commissioner, Edelmira Barreira, in January 2017. Her first tasks are finding the myriad causes of the trend and devising macro strategies to reverse it . “We have a lot of work ahead of us,” Barreira told the Spanish newspaper Faro De Vigo. Source: Pocket News

It’s been debated for years: Are eggs good or bad for you? People who eat …

In the face of fierce competition, businesses owners are smart enough to adopt innovative ways to …